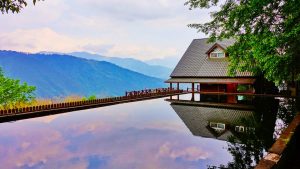 Travelers are choosing to book short-term rental accommodations with services such as HomeAway, VRBO and AirBnB for two primary reasons, according to a recent survey by The GO Group LLC, an international ground transportation provider. The survey of 343 travelers found that 31% have used short-term rentals at least once, and of those travelers, 34% based their decision on lower pricing compared to hotel/motel rooms, 16% did so because the accommodations were more spacious, and 15% thought the short-term rentals were generally more comfortable than traditional alternatives.

Only 3% said they chose a short-term rental because no hotel or motel rooms were available.

The survey results suggest that only a small portion of travelers stay at short-term rentals with considerable regularity, according to John McCarthy, president of The GO Group.

“In the last two years, 5.5% of all survey participants said they stayed at a short-term rental five times or more, so the hotel industry shouldn’t be too worried by those results though of course they want to serve as many customers as they can,” he said.

Of the survey respondents who had used a short-term rental, 69% said they were likely to do so again, while 6% said they would not try it again.

Some survey participants took time to add comments about their experience, and according to McCarthy, the results pointed to the importance of convenience, both in the booking process and in the location of rentals, which often are in areas where hotel/motel accommodations may not be readily available.

“For some travelers, however, the practicalities can be secondary,” he said. “One comment that made me smile was from a traveler who chooses short-term rentals because ‘it forces you to be more adventurous.’ And after all, that’s what travel at its best is all about.”

Since 2007, GO Airport Shuttle (GO) has been providing reliable and affordable airport transportation to customers worldwide. When you GO with us, you GO safely.

This website uses cookies to improve your experience while you navigate through the website. Out of these, the cookies that are categorized as necessary are stored on your browser as they are essential for the working of basic functionalities of the website. We also use third-party cookies that help us analyze and understand how you use this website. These cookies will be stored in your browser only with your consent. You also have the option to opt-out of these cookies. But opting out of some of these cookies may affect your browsing experience.
Necessary Always Enabled
Necessary cookies are absolutely essential for the website to function properly. This category only includes cookies that ensures basic functionalities and security features of the website. These cookies do not store any personal information.
Non-necessary
Any cookies that may not be particularly necessary for the website to function and is used specifically to collect user personal data via analytics, ads, other embedded contents are termed as non-necessary cookies. It is mandatory to procure user consent prior to running these cookies on your website.
SAVE & ACCEPT
Scroll to Top